On Sunday, October 28th The Life Center of NY, Inc. was proud to honor a true pro-life champion and a dear friend of the Center, Monsignor Philip J. Reilly. Nominated for the Nobel Peace Prize, Monsignor Reilly has been a leader in the fight to end abortion from the battle's earliest days and together with his Helpers of God's Precious Infants, is credited with saving the lives of over 100,000 unborn children worldwide through peaceful prayer, witness and sacrifice, changing 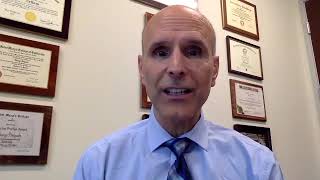 With the advent of newer technologies, it is becomes increasingly undeniable that life begins at conception. Watch Dr. George Delgado, a leader in the abortion pill reversal and Dr. David Prentice, world- renowned geneticist and stem cell researcher explain. Thank you to Katrina Gallic and The March for Life for providing these informative videos. For more information, visit https://marchforlife.org #Donors #Clients #SocialMedia #Informative

We Had Some Visitors!

We had a surprise visitor today! Her name is Penelope and we were filled with joy to see that she is in loving hands and alive. Her stare is too irresistible. We love it when our success stories come back to visit. We will be on the look out for Penelope and make sure she has what she needs. It is a great day to be Pro-Life. #Donors #SocialMedia

Yes, you read that right. We are now on Facebook, go on and check us out. We are actively informing our viewers on the pro-life movement as well as providing helpful ways to advocate the movement. In our current society, non-profits like ourselves struggle from time to time to help those who need it. The more people know about us, the better our chances get of expanding and persevere. We do our best to help and we have an amazing staff who will always go out of their way to s

What's Going on in There?

L.O.V.E. - What to do When a Friend is Considering Abortion

Put a Jig in Your Step

What's Going on in There?